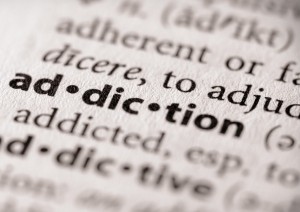 The D.S.M. Gets Addiction Right

WHEN we say that someone is “addicted” to a behavior like gambling or eating or playing video games, what does that mean? Are such compulsions really akin to dependencies like drug and alcohol addiction — or is that just loose talk?

This question arose recently after the committee writing the latest edition of the Diagnostic and Statistical Manual of Mental Disorders (D.S.M.), the standard reference work for psychiatric illnesses, announced updated definitions of substance abuseand addiction, including a new category of “behavioral addictions.” At the moment, the only disorder featured in this new category is pathological gambling, but the suggestion is that other behavioral disorders will be added in due course. Internet addiction, for instance, was initially considered for inclusion but was relegated to an appendix (as was sex addiction) pending further research.

Skeptics worry that such broad criteria for addiction will pathologize normal (if bad) behavior and lead to overdiagnosis and overtreatment. Allen J. Frances, a professor ofpsychiatry and behavioral sciences at Duke University who has worked on the D.S.M., has said that the new definitions amount to “the medicalization of everyday behavior” and will create “false epidemics.” Health insurance companies are fretting that the new diagnostic criteria may cost the health care system hundreds of millions of dollars annually, as addiction diagnoses multiply.

There is always potential for misuse when diagnostic criteria are expanded. But on the key scientific point, the D.S.M.’s critics are wrong. As anyone familiar with the history of the diagnosis of addiction can tell you, the D.S.M.’s changes accurately reflect our evolving understanding of what it means to be an addict.

The concept of addiction has been changing and expanding for centuries. Initially, it wasn’t even a medical notion. In ancient Rome, “addiction” referred to a legal dependency: the bond of slavery that lenders imposed upon delinquent debtors. From the second century A.D. well into the 1800s, “addiction” described a disposition toward any number of obsessive behaviors, like excessive reading and writing or slavish devotion to a hobby. The term often implied a weakness of character or a moral failing.

“Addiction” entered the medical lexicon only in the late 19th century, as a result of the over-prescription of opium and morphine by physicians. Here, the concept of addiction came to include the notion of an exogenous substance taken into the body. Starting in the early 20th century, another key factor in diagnosing addiction was the occurrence of physical withdrawal symptoms upon quitting the substance in question.

This definition of addiction was not always carefully applied (it took years for alcohol andnicotine to be classified as addictive, despite their fitting the bill), nor did it turn out to be accurate. Consider marijuana: in the 1980s, when I was training to become a doctor, marijuana was considered not to be addictive because the smoker rarely developed physical symptoms upon stopping. We now know that for some users marijuana can be terribly addictive, but because clearance of the drug from the body’s fat cells takes weeks (instead of hours or days), physical withdrawal rarely occurs, though psychological withdrawal certainly can.

Accordingly, most doctors have accepted changes to the definition of addiction, but many still maintain that only those people who compulsively consume an exogenous substance can be called addicts. Over the past several decades, however, a burgeoning body of scientific evidence has indicated that an exogenous substance is less important to addiction than is the disease process that the substance triggers in the brain — a process that disrupts the brain’s anatomical structure, chemical messaging system and other mechanisms responsible for governing thoughts and actions.

For example, since the early 1990s, the neuropsychologists Kent C. Berridge and Terry E. Robinson at the University of Michigan have studied the neurotransmitter dopamine, which gives rise to feelings of craving. They have found that when you repeatedly take a substance like cocaine, your dopamine system becomes hyper-responsive, making the drug extremely difficult for the addicted brain to ignore. Though the drug itself plays a crucial role in starting this process, the changes in the brain persist long after an addict goes through withdrawal: drug-using cues and memories continue to elicit cravings even in addicts who have abstained for years.

Furthermore, a team of scientists led by Nora Volkow at the National Institute on Drug Abuse have used positron emission tomography (PET) scans to show that even when cocaine addicts merely watch videos of people using cocaine, dopamine levels increase in the part of their brains associated with habit and learning. Dr. Volkow’s group and other scientists have used PET scans and functional magnetic resonance imaging to demonstrate similar dopamine receptor derangements in the brains of drug addicts, compulsive gamblers and overeaters who are markedly obese.

The conclusion to draw here is that though substances like cocaine are very effective at triggering changes in the brain that lead to addictive behavior and urges, they are not the only possible triggers: just about any deeply pleasurable activity — sex, eating, Internet use — has the potential to become addictive and destructive.

Disease definitions change over time because of new scientific evidence. This is what has happened with addiction. We should embrace the new D.S.M. criteria and attack all the substances and behaviors that inspire addiction with effective therapies and support.

Howard Markel, a physician and a professor of the history of medicine at the University of Michigan, is the author of “An Anatomy of Addiction: Sigmund Freud, William Halsted, and the Miracle Drug Cocaine.”

View all posts by umc