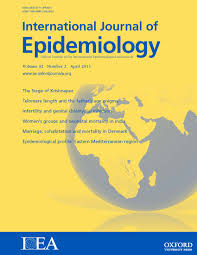 Background: Depressive disorders are highly prevalent, have a detrimental impact on the quality of life of patients and their relatives and are associated with increased mortality rates, high levels of service use and substantial economic costs. Current treatments are estimated to only reduce about one-third of the disease burden of depressive disorders. Prevention may be an alternative strategy to further reduce the disease burden of depression.

Methods: We conducted a meta-analysis of randomized controlled trials examining the effects of preventive interventions in participants with no diagnosed depression at baseline on the incidence of diagnosed depressive disorders at follow-up. We identified 32 studies that met our inclusion criteria.

Results: We found that the relative risk of developing a depressive disorder was incidence rate ratio = 0.79 (95% confidence interval: 0.69–0.91), indicating a 21% decrease in incidence in prevention groups in comparison with control groups. Heterogeneity was low (I 2 = 24%). The number needed to treat (NNT) to prevent one new case of depressive disorder was 20. Sensitivity analyses revealed no differences between type of prevention (e.g. selective, indicated or universal) nor between type of intervention (e.g. cognitive behavioural therapy, interpersonal psychotherapy or other). However, data on NNT did show differences.

Preventing the Onset of Major Depressive Disorder: A Meta-analytic Review of Psychological Interventions

View all posts by tp-admin